Pokemon Journeys Will Arrive on Netflix Soon; Streaming Service Will Have One Piece Too

Netflix will have new additions to its roster of shows, and this time, the additions are two new anime: Pokémon Journeys: The Series as well as the well-beloved and long-time running anime series One Piece. 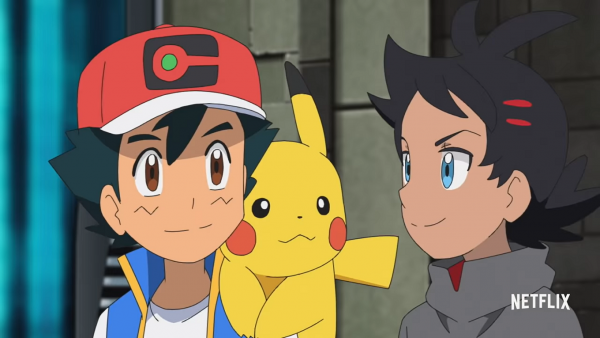 (Photo : Screengrab from Netflix Futures)
Pokemon Journeys will be streaming on Netflix soon.

In a report by Comicbook, Pokémon Journeys will air exclusively on Netflix, showing Ash, along with his trusted sidekick, Pikachu, and their journey around different regions to get a chance to have a one-on-one match with Pokémon Champ, Dende.

Initially, Disney XD has the exclusive rights to air the Pokemon franchise. Still, fans were quite surprised to see Pokémon: Mewtwo Strikes Back EVOLUTION on Netflix, which was a remake of the original Pokémon movie.

Fans of the franchise have been speculating the future of the animated series after Disney XD failed to announce anything about Pokémon Journeys after Pokémon the Series: Sun and Moon, and now they know why.

Many believe that the appearance of the remade Pokémon film on Netflix was a way for both companies to test the waters.

Since the arrival of the new season of the well-loved franchise, fans have been loving it, which is likely why the streaming service partnered with the Pokémon Company International to air the dubbed series.

“With their tremendous reach and ability for fans to enjoy content anytime and anywhere, Netflix is the ideal partner to premiere new episodes of the beloved animated Pokémon series in the U.S.,” said the SVP of international business of the Pokémon Company International, Emily Arons.

The newest season of the franchise will arrive on the streaming service in June.

One Piece Sailing Soon on the Streaming Service

(Photo : One Piece/Facebook)
The first two arcs of One Piece will be arriving on Netflix this June.

Besides Pokémon, there’s also another big anime addition to Netflix: a successful and well-loved anime series that took the world by storm.

According to Siliconera, the first two arcs of One Piece, “The East Blue” and “Alabasta,” will be available for streaming starting June 12.

For those who are new in the world of One Piece, two arcs may not seem so much, but these two alone make up the first 130 episodes of the series, giving the fans enough content to binge for a few days.

As of now, Eiichiro Oda’s masterpiece currently has over 900 episodes.

Oda’s work has been in the pages of Shonen Jump since 1997 and was first made into an anime series in 1999.

Since then, it has been a massive success in and outside of Japan, gaining popularity even after more than two decades of being aired.

Squeezing the first two arcs of One Piece into sixty seconds stretched our editors to the breaking point, but the results are worth it. The East Blue and Alabasta sagas coming soon to Netflix. @ToeiAnimation pic.twitter.com/u1h5m14Jri — NX (@NXOnNetflix) April 22, 2020

One Piece follows the story of the Straw Hat pirates, led by Luffy D. Monkey–a devil fruit eater–on a journey around the world with his friends to become the Pirate King. Along the way, he meets new friends and foes and grows stronger as a person and as a pirate.

For the last few years, fans of the anime series have been expecting a live-action movie, but there was no word until earlier this year when Oda himself posted an announcement on the film’s official Twitter account.

Nevertheless, it doesn’t seem like fans will see One Piece live-action soon enough on Netflix.

“A carne mais barata do mercado é a do trabalhador”, denuncia categoria

Por que a terra anda tremendo no nordeste do Brasil?